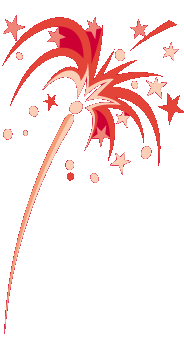 History of Tons Of Fun Shows

Tons Of Fun shows was formed in 1991 by David and Sue Pfeffer; The name came from David’s maternal grandfather who was a joker and worked many attractions for David’s father Otto from Otto’s amusements, Inc.

1952 - Otto Pfeffer got the family started in the carnival business when he was a boy in Pottsville Pennsylvania. He used to watch with amusements whenever the circus came to town. He caught the showbiz bug early but dedicated many years to tending to his family before joining the industry. His father died shortly after returning from World War I leaving Otto to take care of a great deal of responsibility for his mother and sister. As a son of a widow he did not go to World War II.

1957 - Still interested in the amusement industry, It was with military spare parts after the war that Otto built his first ride, a kiddie rocket constructed of P 51 Mustang external fuel tanks. More homemade rides came next and Otto’s amusements was born. He started out in Pennsylvanias’ coal regions playing block parties and fie company carnival. As the show grew Otto’s ride lineup also grew. A big fan of king rides David’s father owned just about every ride they manufactured at one time or another. From a pony trot to a merry-go-round. Otto passed away in 2011 but there is still family running his business along with his mother, Harriet.

1979 - David is second generation in the carnival business and was raised along with his four siblings working with his parents on Ottos’ Amusements, Inc. Working within the Tri State area of Pennsylvania, New Jersey and Delaware.

1947 - Warren Imes spent the summer as a teenager in the Virginia area picking up milk bottles at local fairs and festivals and thoroughly enjoyed the industry. After returning from world war ll he decided that he should do something in life that he enjoyed after sustaining the stresses of war, well that was the carnival industry. He purchased a home for his family from his G.I. Bill and with the extra money began to frame some games to work at local festivals and fairs along with this family. Life was good for several years operating games at county fairs across the region.

1954 - That all changed one day at the Bloomsburg fair when the military picked him up and sent him to Korea to finish his duty. Even in Korea he opened up a base store in order to generate money so that he could send his full check home to his wife, Betty who now had three children.

1956 - This time when he returned from war he went full bore into the carnival business. It was then when he decided to only put three milk bottles on the table and pull them forward in the joint so it looked easy. Fair goers of all ages absolutely loved this new concept. So warren framed several of them and put on several local midways. By this time Warren and Betty had six children and they were all involved in the business working together. Sue’s father, Warren booked games on Ottos Amusements Inc, Penn Vally Shows, Oscars Amusements and S & S Amusements for several years during the 1970’s and 1980’s

1979 - Warren and Betty purchased Oscar’s Amusements from the Magdule family after the lose of the owner. By this time David and Sue were already together.

1977 - David and Sue met and after a short courtship they decided to become partners and purchased several games to form D & S Concessions.

1979 - They then decided to take their game concessions to central New York state and book with Corky Powers and Amusements of Rochester. After 5 years of working New York State and adding several new games and vehicles they decided to return home to Otto’s Amusements Inc. Upon returning home it didn’t take them long to figure out that buying their own rides and working their own show would be way more satisfying than helping either family. They were also raising four children by this time.

1991 - Tons of Fun Shows was born with the purchase of a moon bounce, TM Mangels fire truck and a TM Allen Herschel sky fighter from Sue’s parents plus the 7 game concessions they already had. It seemed to be a slow start with the bookings for the rides so Sue took the games and children and worked fair season with Another New York show. It only took one year and they ended up with a full calendar for the following season. After only 2 seasons they were approached by Steve Swika Jr of S & S Amusements to lease 3 rides; AH Helicopter, Smith & Smith Swing and a Hrubetz Round-up; which was a great addition to the show and helped to secure events of a much higher caliber.

1996 - the show had grown to 8 rides, 10 games , 25 weeks of work and the purchase of a Super Slide and 10 acres winter quarters with a large storage building located in the Douglassville Pa area.

1999 - Only 3 short years later Benjamin, their son, purchased a whisper cart ride as his first amusement ride at the age of 15 and was financed by Jackie’s Swika of S & S Amusements. With the knowledge of the industry running thru both David’s and Benjamin’s veins the only place to go was forward.

One thing that has not changed over the years at Tons Of Fun Shows is their love of the business. For David and Benjamin to be able to arrive at a new location and turn a barren lot of land into a small amusement park for the week is still truly a magical experience they love!

WE ARE PROUD
MEMBERS OF: